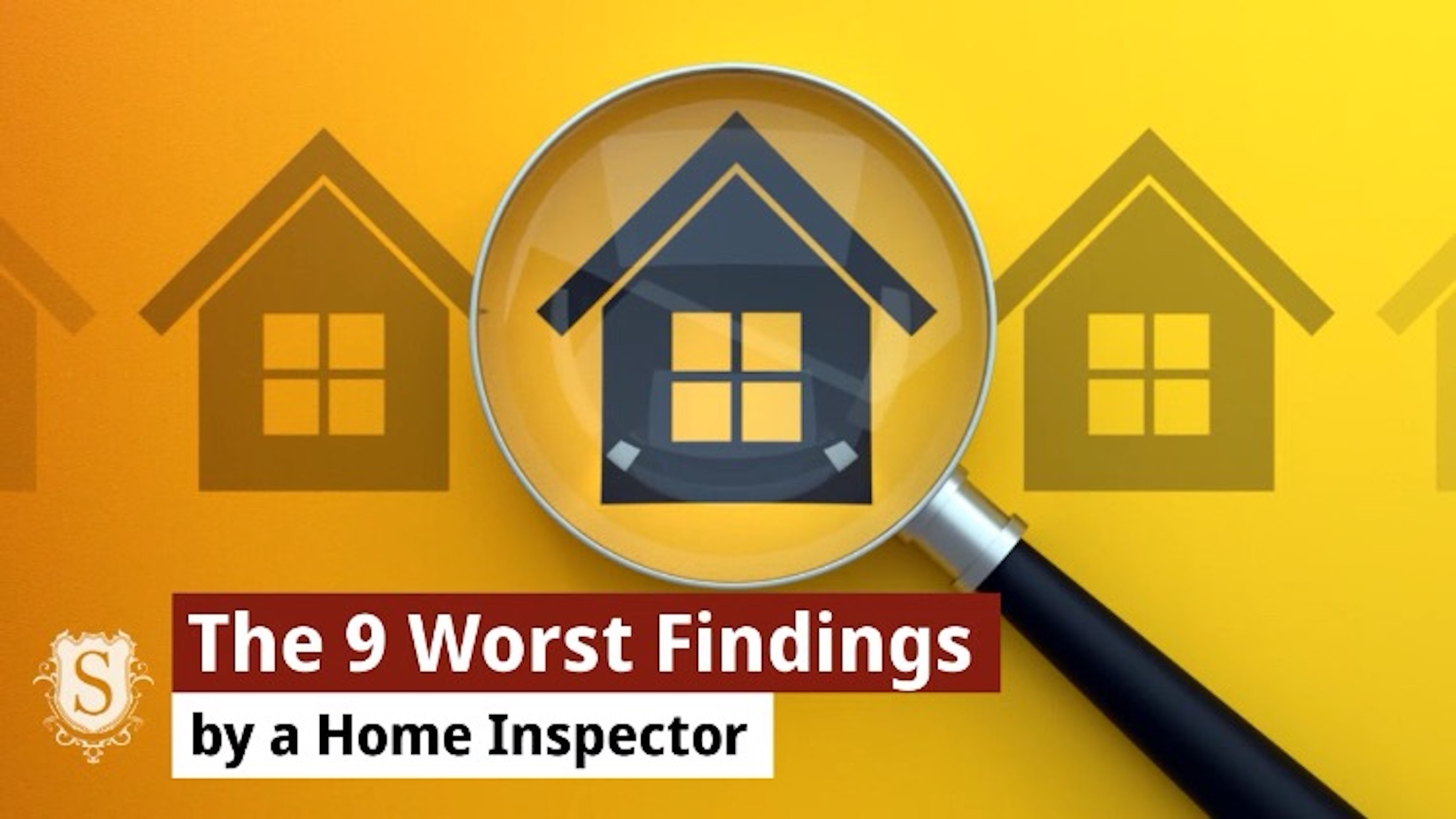 Home inspectors have seen it all, but there are some findings that are extremely concerning to them for the potential homebuyer’s safety and financial sake.

Most things in an inspector’s report aren’t dealbreakers, but there are definitely red flags in some findings that should make buyers worry about the dangers and costly fixes lurking beneath. Anything is fixable, but these 9 problems aren’t cheap, starting at $5,000 and only going up from there. So, be warned of:

This is an accident waiting to happen. Decks only have a 12- to 15-year lifespan, which is why people are killed or injured because of deck collapses. When fasteners corrode over the years, they lose a solid attachment to the house structure. Rebuilding a deck could cost up to $15,000.

There are several types of electrical panels (also known as fuse or breaker boxes) that haven’t been manufactured in decades that inspectors advise replacing because of safety issues, such as not tripping properly when excess current goes through them and electrical arcing problems that lead to fires inside the panel. A new electrical panel could cost up to $6,000.

Also tied to electrical dangers is the use of aluminum wiring in a home, a common practice by electricians around the time of the Vietnam War because copper got so expensive … and that was a long time ago. The second problem with that is that aluminum expands and contracts more than copper when it gets hot, which causes the junctions to weaken and the arcing to increase, leading to fires inside walls.

Cracks in the foundation.

The repairs to these structural problems to the home can be extensive and expensive, usually requiring a structural engineer to be called in, which is expensive in itself. And, if the foundation needs to be corrected immediately, that only adds to the bill.

Cracks in the chimney.

Unfortunately, any chimney repair is expensive. Anything from a simple crack to a chimney that has separated from the house could require a complete demolition and rebuild, which will set you back an upwards of $20,000.

If an inspector finds this water pipe at your home, they will recommend replacing it. Most commonly installed in the 1980s, polybutylene pipes were involved in a class-action settlement because the joints tend to fail, which causes flooding. Replacing these nuisance pipes just start at $10,000.

Sometimes roof truss sections are cut to insert pull-down attic stairs, make wasted space in the attic more useable, or install a new HVAC unit, but doing this is dangerous to the structural integrity of the roof. Again, a structural engineer will need to be called in, and fixing the issue could cost thousands of dollars.

Freon, or R-22 refrigerant, makes old A/C units work, but it’s no longer manufactured, so repairing systems that use it has become extremely expensive – going from what would have been a $200 fix to now more than $1,000. It’s best to replace the old system when repairs are needed before it chokes in the middle of summer.

This could be a culmination of hazardous findings by the inspector, including asbestos insulation, asbestos floor tiles, termites, mold, lead paint, and more … all or any of which are toxic and expensive.

8 Factors to Consider When Selecting an Ideal Home Location

A Breakdown of What Your Home Insurance Covers

Fire, flooding, and more … oh my! When disasters like these strike, a homeowners insurance policy can be your saving grace to cover expensive house repairs.
Read more
July 20, 2022

Although it costs more to own a home nowadays, according to the 2022 Rental Affordability Report released from ATTOM, renting is even more expensive in the majority of the country.
Read more
June 22, 2022

7 Things to Know Before Buying an Oceanfront Vacation Rental

Purchasing an oceanfront vacation rental is a wise investment – especially here in the sought-after destination of Myrtle Beach.
Read more